Devon has a wide variety of habitats, fertile estuaries break up the rugged coastline North and South, there is heathland in the East, both coniferous and deciduous woodland, hilly farmland and of course high moorland. Rarities can and do, turn up in any of these habitats, witness the recent Spectacled Warbler found on Dartmoor.

The estuary is right at the core of the North Devon Biosphere reserve. It is tidal well above both Barnstaple and Bideford, the tides often concentrate birds on shoreline mudbanks as the tide comes in and then again on sandbanks which are exposed as the tide drops. The estuary covers a a very large area (approx 100 square kilometres) and has many different areas of interest.

Roadford Reservoir is located to the north-east of Broadwoodwidger in West Devon eight miles east of Launceston. It is the largest area of fresh water in South West England. It was the third and last ‘strategic’ reservoir in South West Water’s plans for SW England, after Colliford & Wimbleball. It receives water from the River Wolf, has a surface area of 295 hectares (729 acres) and a storage capacity of 34,500 megalitres (8 billion gallons).

Tamar Lakes straddle the Devon/Cornwall border seven miles from Holsworthy and six miles from the A39 – the Lower Lake is entirely in Devon and is predominantly managed as a nature reserve. The Higher Lake is mainly managed as a Water Sports Centre although some birds do use it.

Lower Tamar is surrounded by farmland, well-grown deciduous trees and bushes. It was completed in July 1823 so has had many years to mature into a haven for wildlife. It covers 70 acres and was the Bude area water supply until 1978 when the Upper Lake took over this function.

A bird hide is situated on the west bank, in front of which a wetland area has recently been created with an expanse of mud and scrapes. A feeding station providing nuts, seeds and fat has been established near the hide and regularly attracts Willow Tits as well as a wide range of other species. A pathway – often very muddy after rain – encircles most of the lake, but attempting to walk the east bank is not recommended due to deep mud and very thick undergrowth.

The much larger Upper Lake was completed in May 1975 and filled by 27 November 1975 when it first spilled over. A firm pathway provides level access for the three miles around the lake and is sometimes used as a cycleway. A hide is situated at the far end of the lake and was planned and organised by Devon Birds and generously paid for by SWLT in 2009.

This is a fine broadleaved woodland in a beautiful and historic setting: on a steep hillside, crowned by an Iron Age hill fort, with a stream running down either side.The wood takes its name from the remains of Spreacombe Chapel and well, a scheduled Ancient monument dating from 1270. The site was donated to the RSPB in 1951 and was the first reserve owned in south-west England.

For such a small area, Chapel Wood has an impressive variety of birds. Regular nesting species include tawny owls, nuthatches, plus great spotted and green woodpeckers. Pied flycatchers occasionally nest and ravens have also nested here. Red deer, brown hares and badgers visit the wood and rare dormice live here. The soils of Chapel Wood are rather acidic which can limit the variety of wild flowers, although bluebells, primroses and foxgloves provide a splash of colour.

Isley Marsh is made up of saltmarsh and intertidal mudflats on the southern edge of the Taw Torridge estuary and lies largely within the estuary SSSI. As it is largely underwater at high tide, no management is carried out and no birds breed. However, it is an important haven in the busy estuary for undisturbed feeding and resting birds, especially the wintering flocks of ducks (such as teal) and waders (including significant numbers of curlew, greenshank and dunlin). In recent years, numbers of little egret have increased and, in winter, it is often possible to see spoonbills. An active group of local volunteer wardens monitor the birds and try to keep disturbance to a minimum. Visitor access is restricted to public footpaths, largely outside the reserve itself, but allowing expansive views across the estuary and the surrounding farmland. There is no public parking within two miles, although the Tarka Trail runs along the south side of the reserve, allowing easy foot and cycle access along this former railway track. 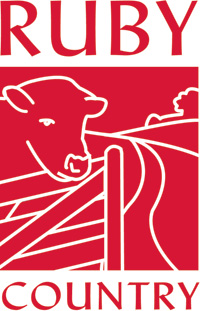